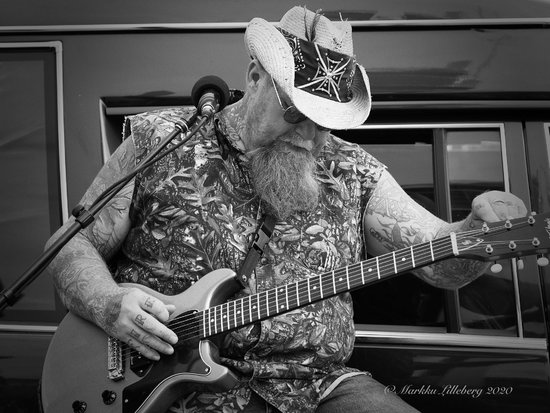 The same day I was born my mother gave me away. I have afterwards learned that I spent almost one year in an orphanage before I came to my mom and dad. I was told that my mom and dad is not my mom and dad at a very young age by my cousin. This was a secret so I kept it all inside of me.

Questions started to grow inside of me like; Where do I come from? Who am I? Where am I going? As I kept everything to myself it started to build up fear and anxiety in me. I started to numb the fear with alcohol when I was only 12 years old.

The years went by and I lived in a lie. I thought I had everything under control but the problems inside of me just kept growing and growing. I met the love of my life in 1990 and 1993 we got married. Between those years I had my first real panic attack as I did not drink so much when I had someone by my side that I trusted and loved.

Me and my wife have four wonderful children. When our oldest child, our son, Sebastian was one year of age I went to London, England to find out what it is out there in the world. I met Micky Moody from Whitesnake at a club called 12 bar club. We established a connection and we later started to work together and became friends. This is when my life as a rock musician kicked off. My childhood dream almost became true. 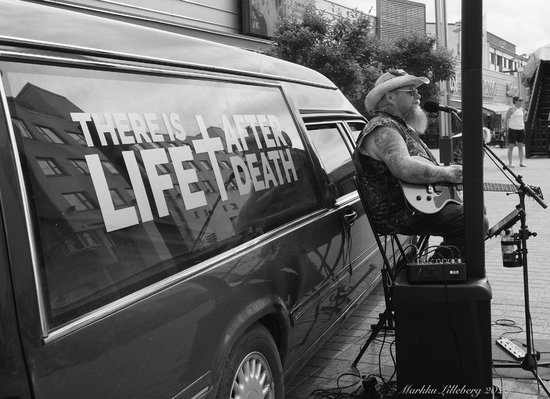 Around the same time I also started to use drugs and I mixed everything and it just became a way to escape from the fear that was hidden inside of me. Over the years I had the honor to tour with members of Lynyrd Skynyrd, Whitesnake, Status Quo and Molly Hatchet. Dave Hlubek from Molly Hatchet became a close friend of mine.

In 2006 my health started to show signs of my lifestyle. At this point I had to drink three big bottles of Vodka every day, just to function. I remember March 1st in a dark hotel room in Helsinki, Finland when I was alone. I had no-one to talk to other than my wife and a friend whom I had known for 16 years. He was a christian and that day he told me straight up that I need Jesus in my life. Something happened in my heart and I don’t know what it was. My heart was longing for Jesus for some reason and I who hated christians.

My friend told me that if I realise and confess that I am a sinner and ask Jesus for forgiveness He will forgive me. He also told me that I had to accept Him into my life and start to follow Him. I had no clue what he was talking about byt my heart was beating for this concept. That day I gave my life to Jesus and my friend was right. Jesus came into my life.

I did a huge mistake and I never wanted to go to church. I thought that now all is ok and I managed to sober up. I thought it was all something I did in my own strength. No, I lived in another lie. It was JESUS who had set me free. That I know for a fact today. It did not take long before I started to drink again and went out on my last tour with the NYC band Erocktica. It was a horrible tour and I did not sleep or eat for a few weeks. All I could do was drink hard liquor and throw up blood. It was the worst tour in my entire life and I knew this is not good. 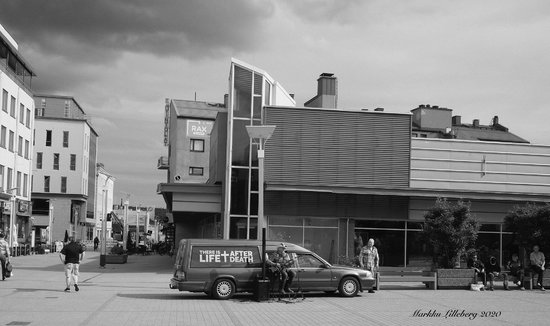 When I came back home we realised my eyes where yellow. For years I had been a hypochondriac and visited the hospital as soon as I felt something going on. Before it was all panic and fear. Now when it was real I did not want to go to the hospital. The only thing I could do was to call my christian friend and ask him if he think that Jesus can forgive me again and take me back. My friend said YES, HE WILL!

January 3rd 2007 my friend took me to a church. I was scared and I was drunk. I had a hard time to walk but the people helped me inside. I sat on the first row in the sanctuary starring at a big wooden cross on the wall when I felt the people lay hands on me and started to pray. I felt the love of God through these people and it touched my heart so much that I started to cry. I had not cried in years and I could not stop. That Wednesday night changed my direction. Since that night I have not had any alcohol or any drugs. The one the Son sets free is free indeed. That is the truth.

I was still in bad condition and February 10th 2007 I ended up at the hospital. I was all yellow and after the doctors had examined me they told me to call my family to come there. My liver was totally destroyed, my kidneys did not work, my pancreas was inflamed, I had several bleeding ulcers and two gallons of fluid in my stomach. They told me that I am not going to make it. I was dying!

Christians who believed that Jesus is the same yesterday today and forever came and prayed for me. Each one of them had something to tell that planted a seed of hope in my heart. One night I heard a voice out of nowhere.

- Pontus when was the last time you told your wife and children you love them? 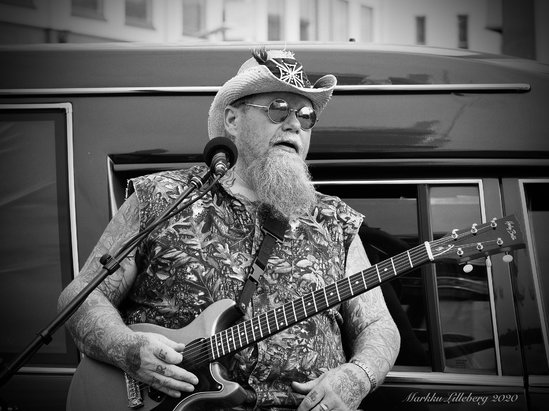 I realised I had been a useless husband and never been there for my children and my heart broke. I needed that broken heart and I cried out to Jesus. That night I woke up at 2 am and it was dark in the room. Everything was different and I saw a shining light. I also saw a shadow of a man and I heard the same voice again:

- When you get up of this bed, go out and tell all people about me and about your life. Tell the young people about the dangers and help those who have same problems as you have had.

Those were Jesus words to me and the rest is history. There is so much more to tell. The reason you are reading this is that Jesus did a miracle in my life and I am still alive and doing well. For the last 12 years I have traveled the world full time telling my story to others. This is my new life. I love the Lord and if He could do this in my life, imagine what He can do in yours. He has also restored relationships in my family and with others. Today my son who was one year when I left for London is traveling with me and he is my best friends.

Jesus died for us and we live for Him. This was a short version of my story and with this I just wanted to give you some hope. It does not matter what situation you are in. Jesus is the way, the truth and the life. He gives us eternal life and He forgives us for our sins. All we have to do is to ask for forgiveness and ask Him into our lives. It is our decision as we have a free will. Then we need to repent and turn away from our wicked ways. It does not work over night so do not worry about not being perfect. There is only one who is perfect and that is Jesus. Nobody comes to the Father except through Him. 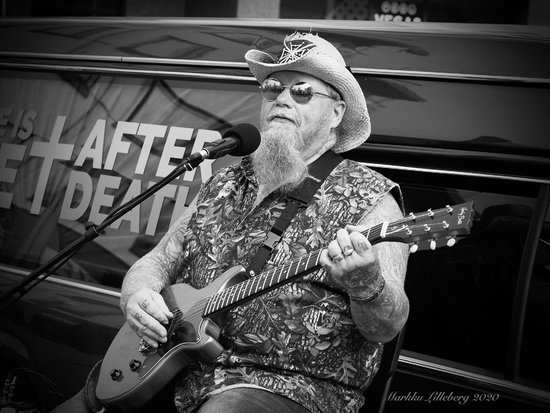 Personally I do not believe there is a perfect sinners prayer. God sees our heart but confess with your mouth and believe with your heart and you shall be saved. Find other christians and start to read the word of God (The Bible). Start with the Gospel of John with the mindset that you want to learn to know Jesus. Talk to Him daily, no fancy words needed. As I said He knows your heart. He just want to hear it from your mouth as well. I wish you good luck and all the blessings of God! Remember that JESUS LOVES YOU! 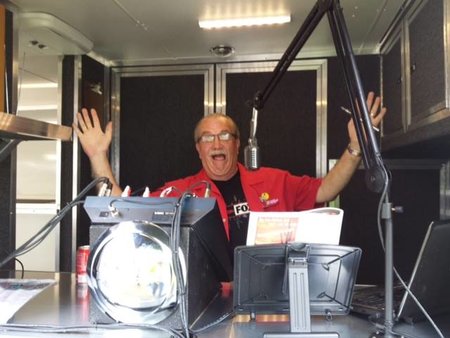 This man was a blessing in my life at a car show in Florida in Lakeland, The Fall Florida AutoFest. As you know I had lost my wife Scotty and I was trying to carry on.

I had recommended to the promoter that we do an hour of Elvis gospel on Sunday morning the last day of the show. The promoter liked the idea, I also suggested that he find someone to give a devotional at the end of the music as a blessing to the cruisers as they prepared to head home.

On Saturday this rough looking guy that spoke broken English came by and introduced himself as the guy that was going to do the devotion. He also wanted to tie into my system with his guitar and told me instead of 5 minutes, it would be 15-20 minutes. I was not impressed, I judged the guy and feared some guy that can't speak good English and was going to talk that long was going to be a disaster, but I went along and held my breath. Boy was I wrong on all accounts. Pontus gave his testimony and starting playing the guitar and I was blown away. Doctors had told him his organs were all failing, his time on earth was short and they had done all they could do for him, he was terminal! Listen to this brief version of his testimony and be blessed. I found out Pontus had toured with members of Molly Hatchet and Whitesnake. I was so wrong about him and received such a blessing from him and his testimony. We are friends for life! I asked him to forgive me! Bless you brother and your mission in life!